A Consumptive Indonesian Thought toward "Angkot" 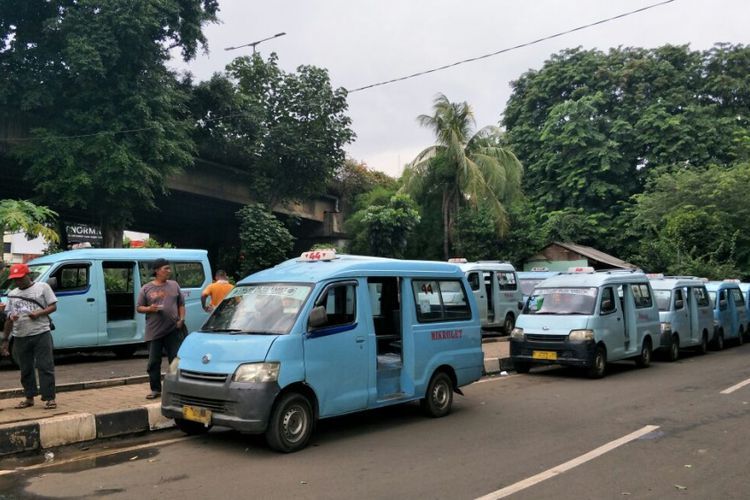 My mom and I sat in the midst of about a group of seven worldwide-known bank employees on the way to a electronic-stuffs-trading mall in South Jakarta.

In this angkot (an Bahasa abbreviation of "angkutan kota", a mid-low transportation platform modified from a semi-cabover car), they planned to have a lunch. "How about Gyu-Kaku?" a young man started the idea. It is a beef buffet restaurant from Japan.

I don't know how it ends up for those workers, but I do know well that it is an example of how capitalism is mushrooming in Indonesia, especially in Greater Jakarta.

A country which "cannot absorb it as a whole" as our constitutions prohibit it but the fact is that Indonesians fancy it. We like to make a very big salary cap on every particular job. We like to get by unaffordable lifestyle while we are complaining about how small our incomes are, and how tiring for us to make sidejobs.

We love to argue with our own citizen crashing our cars, yet our financial plan is a mess. I gather that we can't live simple because the city will crucify us for doing so. A 10 trillion rupiahs money circulation should not urge us to save money, eh?

For some of us, this "half-capitalism" in Indonesia is strangling. To those who are exhausted of the system, all I can say is keep humble. Let us reduce our consumption of red meat; instead we can eat fish and vegetables more.

Let us minimize using our own vessels; instead throw ourselves onto public transportation platforms, or even hitch some strangers as it will cost us less and know more people and sense our suffocations together.

Let us read books or play our favorite sports instead of being consumptive by shopping and shopping. Let us understand the feelings of people who can't come to our reunion party because they run out of money as we can't compare our lives to theirs. Let us be proud of using rupiah instead of other foreign currencies.

Because when the Great Deppresion comes (contrary to the fact that Indonesia's economic growth is slowly rocketing), we can only regret. We don't deserve another malaise due to uninventive-but-consuming culture and lifestyle.*