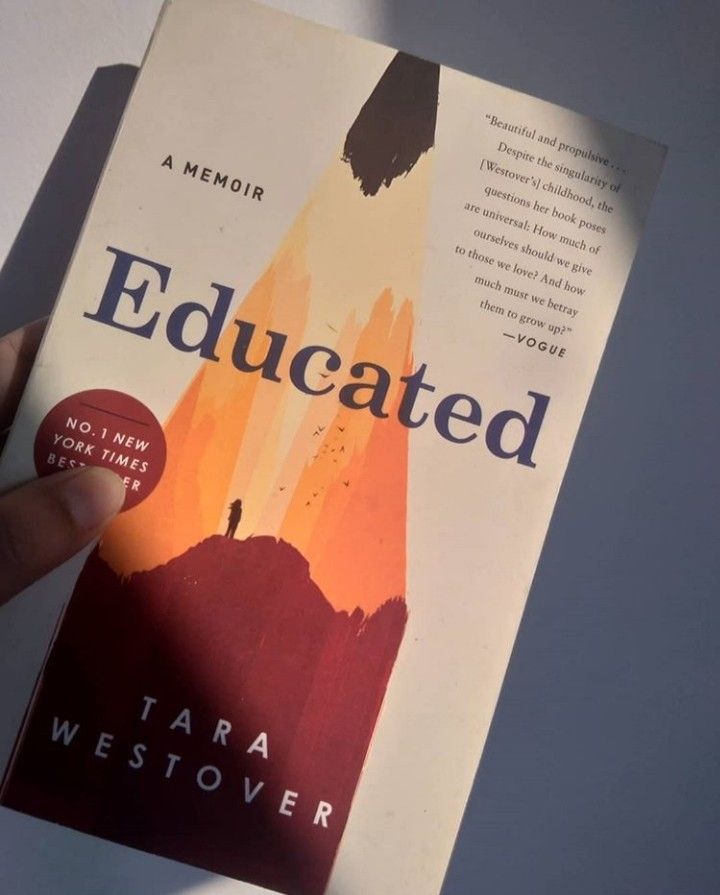 At first I thought this book was kind of hard because the vocabulary she used mostly unfamiliar for me so I need to open dictionary and sometimes I typed in google to translate the meaning of the words.

But as story goes, I casually follow the situation from the writer point of view. I write this only based on view, I try my best to express what the book writes about and actually there were some feelings when I follow the stories of each parts.

Everyone has story about their family and Tara shared hers. As the youngest and a woman in family, also me and the writer have the same age, somehow I could feel the inferiority toward family members. The memoir she wrote is about how she tried her best to find herself since childhood even until she finished the book.

Certain foot stages she wrote were hard to draw especially the tragedies in junkyard. I was somehow relieved to have minim vocabulary on the way she explained the accidents.

The turmoil inside her mind and heart never stop like I believe other also have that kind of feeling. I thought that the writer wanted to share like you wanted to believe what the family taught you but you also wanted to find the answer by yourself. The journey Tara had walked by basically was what the family had made her.

As a reader, I would like to send big love to her mother, all the sad feeling and courage from her is the bond of her with family. A mother after all. It's good that some brothers are still behind her, she still have the family.

To be honest, I was once had break reading the book because I was so upset with her brother, Shawn. Then I continued, until finally I finished and I still hate him. Well, I'm just outsider, I don't know what's wrong with him. Tara explained what condition probably made Shawn like that, but I still can't get it.

Father, will always be a father. I guess many cultures can relate about the father's character, especially in family that live in down the hill which isolated from society. I'm so glad my father isn't like him, I don't think my mentality could handle him especially in my growth times.

Parents will always be parents, however they are. They had trying their best to be the best parents for the children with different characters. We can't choose where we came from, but we can choose where we want to go (with or without leaving the 'home').

New life had welcomed her. BYU, Cambridge and Harvard had witnessing her journey. I was so excited to read her life in famous place but the fact was her dilemma about family never leave her. Again, if I was her, I probably had spent many times crying in the dark in the middle of Oxford Street. I don't think I was that strong like Tara (even Tara had some help from the bishop).

At the end of this book, she choose her way to live her life. Education might had biggest part deforming her. Quoting from her supervisor, it's not the way she look on her dress or where she came from, even not the university but it's always her, it's on her heart that she may even change the way how she looks herself. "The most powerful determinant of who you are is inside you" Professor Steinberg said.