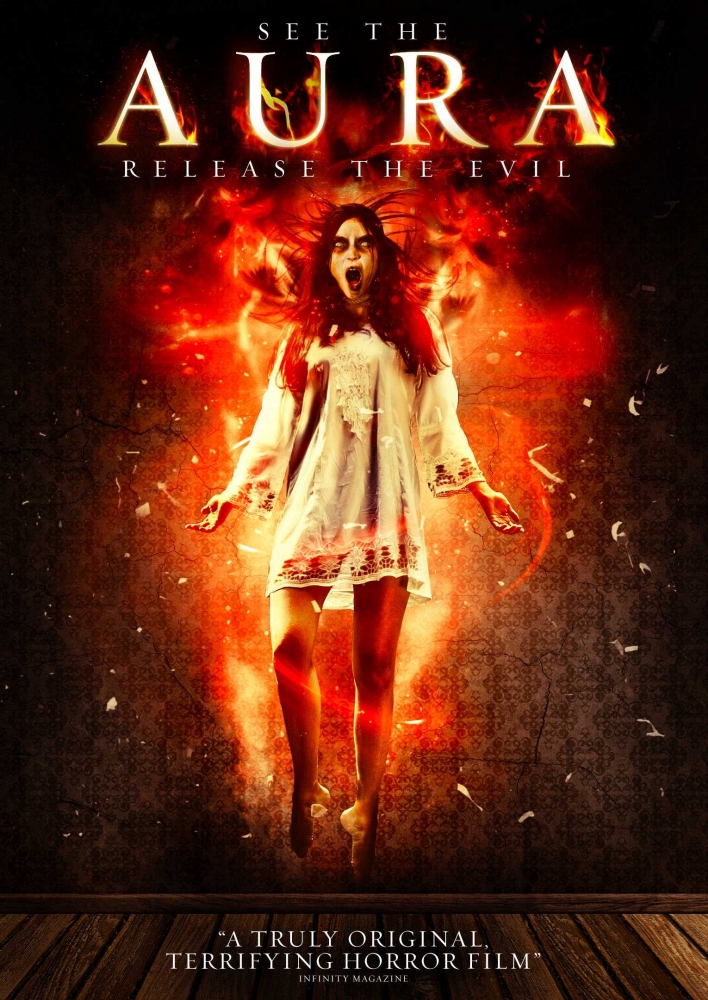 The world of supernatural is always an interesting concept to be brought in form of movies. Movies like exorcism, the ring, ju-on, and paranormal activity is a proof of how successful a horror film about ghost can be. In other hands, there are films like Aura (2018) which have shown me that horror can be boring.

I cannot concentrate throughout the screening of the film and halfway there I wanted to watch something else because it is not so engaging.  The film tells the stories of a family and a photography apparatus in their house. The stories starts when they capture photos of people in the house, there is a specific aura that will be included in the result. Somehow, the aura actually points out that there is a greater evil.

The main stories actually simple, if you want spoilers then go ahead. The brother, his wife, his mother, tried to exorcise a presence from the house that is actually disturbing the sister. They do that by enlisting the help of a sance. *By the end of the film, the sance died but managed to free the sister only to have the presence moved to the wife.*

The story actually have a good concept to utilize photography in capturing paranormal presence, but I see games like "fatal frame" can did it a lot better and have more mysteries to be invested. Moreover, what I think is lacking from this film is the characters and act. I really cannot sympathize with the family at all and how they act throughout the film.

She was very unconvincing somehow and not so interesting. *I even felt nothing by the time she died at the end of the film*. The demon that appear as antagonist doesn't feel very threatening and dangerous as well. It failed to bring sense of danger and suspense to the film.

In the end, I do not think it is a good movie. I will not recommend other people to watch it. However, if you wanted to try it, please do so. Personally, I will watch other film if I wanted to get scared and thrill. I just hope that Aura will not be a sign of what horror movie in 2018 will look like. I already have high expectation since I watched Hereditary.